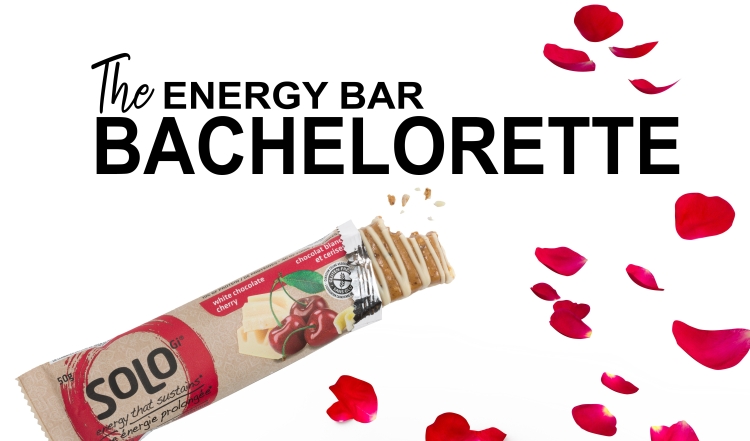 I’m officially changing my relationship status to taken. SoLo and I are engaged in a snacking relationship and I couldn’t be more excited about it.

SoLo Picks Me Up

You may be wondering, how did this joyous union come to be? Well, after I made my decision about the winner of my bar competition (click here to go to the beginning of the journey), I reached out to SoLo to see if they could love me back. No joke, I sent an email saying “I love you but can you love me?”

They LOVE ME! (Or at least they’re intrigued enough to give me a shot). 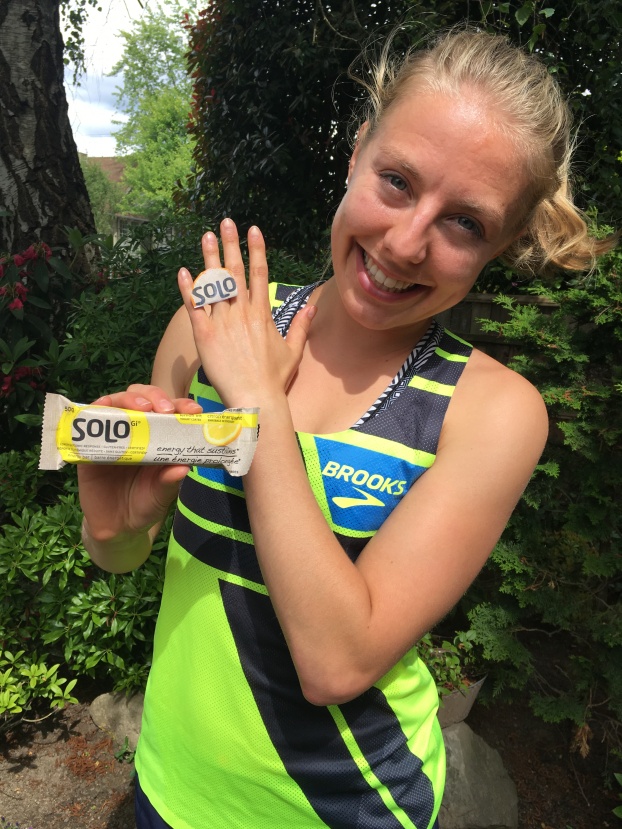 As a SoLo Ambassador I am looking forward to exploring the benefits of sustained energy and learning more about the low GI lifestyle. Prior to connecting with SoLo I didn’t know anything about it – here are some fun facts I’ve already learned (for more info click here to check out their site):

These lessons give me confidence that our relationship has a shot at making it out of the honeymoon phase and becoming something as stable as the energy I’m ingesting.

You guessed it, a SoLo bar!

I am pleased to report I won the race and scored some serious prize money – a first for me! I’d been feeling a little FOMO (fear of missing out), because University Championships were happening and as a graduated alumni I am officially too old (and out of eligibility) to compete. However, when you’re a student athlete you can’t accept prize money or you risk losing amateur status – something I don’t have to worry abut any more. Muahah. It was extra awesome that my boyfriend/training partner Jack won his race too, so we have some money in our pockets for when we head to Europe for some fast races this summer.

The race was extra special for me as it was on the 11th anniversary of my Dad passing away from colon cancer. On what is typically a sad day, it felt good to be doing something I love and pushing myself to try something new. It was awesome to have my mom there cheering for me, and see so many friends from the track community at the meet. It was extra fun to race with Kirsten, one of my best friends who also walked away with prize money for second place. 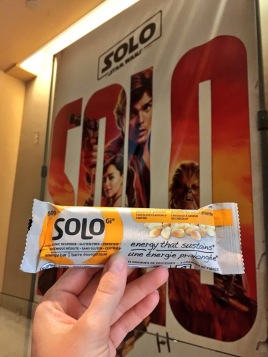 SoLo and I also went on a date to the new Star Wars movie were surprised by the lack of SoLo Bars in the film. Han certainly could have used the benefits of sustained energy… maybe if he had chomped on a peanut power he could have done the Kessel Run in less than 12 parsecs. (#NerdAlert).

I was a total CHEWbacca as I munched on my bar (in addition to popcorn obviously). Having a SoLo bar helped me resist the temptation of eating “too many” treats without feeling like I was missing out/punishing myself. While I can resist sugary pop no problem (I think I’ve seen too many science fair projects showing the effect of Coke on your teeth), I can’t say the same for those bags of mini Twix.

I LOVE CHOCOLATE. And while it’s OK to have a couple bites, devouring an entire bag before the movie starts probably isn’t the most nutritious choice – especially in racing season. By having my own great tasting snack I stayed on track with healthy goals, and wasn’t a sad panda.

What’s next for me and SoLo?

We’re taking this love story on the road!

You’ll catch SoLo bar and I (and Jack #thirdwheel), road tripping to Portland for my favourite race of the year – the Portland Track Festival! I will be eating at least one bar on race day as in addition to my own 800m race I will be rabbiting the women’s 1500m only an hour later.

For anyone new to the track scene, a rabbit is an athlete paid to “set the pace” for the field. You’re given a time to run (for me it’s 2:15 through 800m) and then you drop out once you’ve completed the distance agreed upon. The idea is that it helps the athletes in the field run faster, so I will be needing my extra energy to hit the pace and stay ahead of the pack!