The track sure looks small when you fly over it in a bright purple WOW airlines plane on the way to Europe. After spending three days immersed in the track and field world at the 2018 National Championships, the shrinking red oval serves as a much needed reminder that there is a big world outside of Ottawa’s Terry Fox Athletic Facility.

Reasons why National Championships is one of my favourite races:

While I’m tactically proud of how I raced my semi-final, I’m not proud of how I finished it. Despite getting in a good position and running well through the first lap (split 400m in 61 seconds), my body shut down at 300m to go and I ended up in 4th with a time of 2:08 and no chance of advancing to the final. Before the race I visualized the 300m workouts I’d been cruising and felt confident that I could run a strong last lap, so to fail to respond when the pack pulled away really sucked. I felt my body shift from race mode to survival mode – all I could think of was making it to the finish.

I don’t have any excuses. My training has been going better than ever, I’m sleeping enough, hardly working at all, and I’m not injured. I’ve being seeing a nutritionist, taking an iron supplement, and made a ton of progress with my physio exercises. On paper everything is awesome. But in races something isn’t clicking.

I don’t know the right questions to ask to figure out what’s causing my slooooow down, but I think I know the answer – and that’s to trust the process with patience. I made a lot of big changes in 2018. I left my “real job” and switched clubs and coaches. While it might take longer than I hoped to iron out the kinks and get to the level I want to be at, I do know that I have an amazing support system, and I love this sport.

I didn’t achieve reason #3 why Nationals is one of my favourite meets, but I achieved #1 and #2 effortlessly. While I (obviously) wished I were in the 800m final, I felt genuine excitement to see my competition run so well. Sure, it was mixed with envy, but I was PUMPED to see the top THREE run under 2:02 – that has to be the fastest women’s 800m final in years!

Congrats to Jenna on her silver medal!

It’s pretty awesome to be in a sport that makes you feeeeeeeel so many emotions. Even though I’m frustrated with my result at nationals – I plan to use that as fuel for the remainder of my season and beyond. On that note, onwards and upwards to Belgium! (Literally, I am on the plane right now). 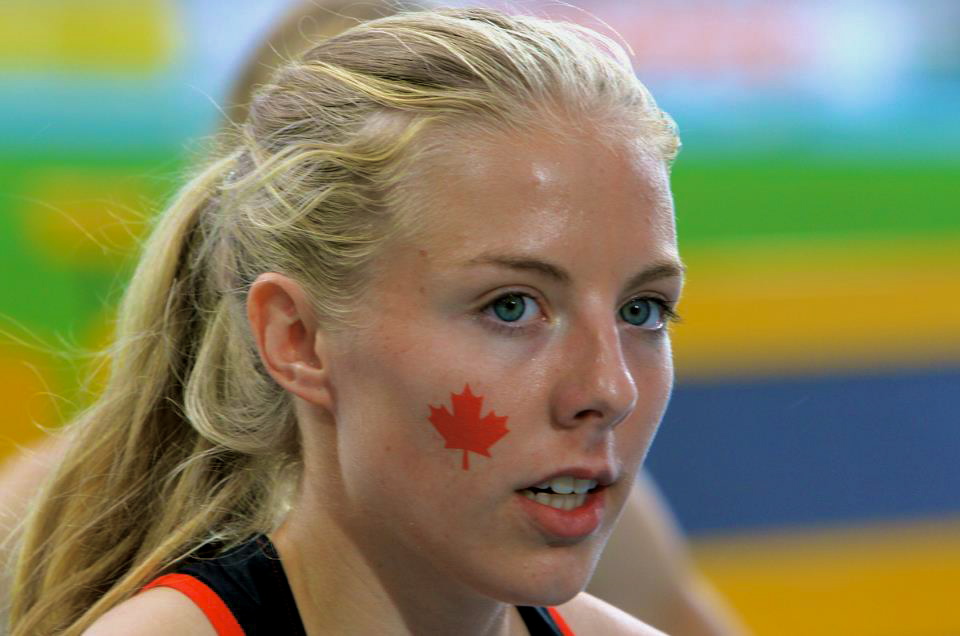